ServiceNav, the solution that meets the needs of all operations teams

The Lot Departmental Council (46) is the elective assembly that administers the department. Its missions are diverse but generally consist in preserving and improving the quality of life and the well-being of the population of the department, through the support of vulnerable people, the protection of the environment, the development of infrastructures and public colleges, the support of cultural and sports activities and quality professional sectors.

“
We had a choice between two solutions, but in the end we opted for a third one, ServiceNav: a nice combination of the best aspects of the other two.
” 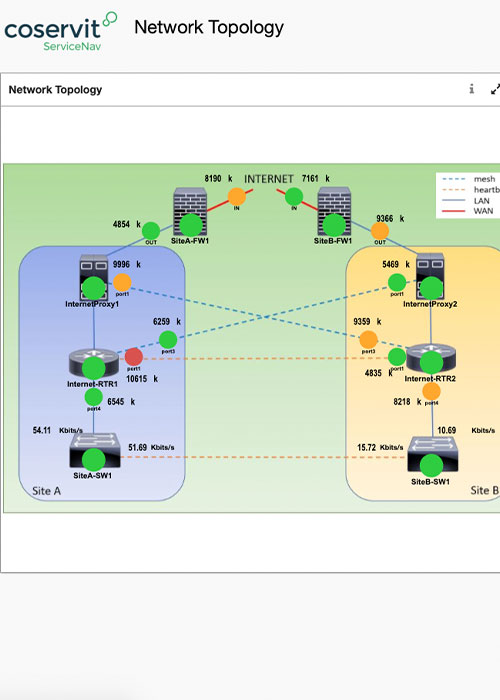 With a "network" monitoring solution only, the IT department of the CD 46 lacked optimization and was in no way prepared for any disruptive event that might occur.

Thus, when a widespread power outage and a malfunction of their UPS caused an unexpected shutdown of their server room, the teams plunged into darkness, found themselves obliged to perform an emergency, laborious restart, forced to manually return to each of their applications to test the operating states.

Following this unfortunate event, the need for a more comprehensive IT monitoring solution became apparent and a market study was conducted.

First, two initial solutions were examined, the primary objective being to confirm the real need for an IT supervision tool. A first illustration, a first concrete overview of what could exist on the market at that time.

But the project and operations departments were hesitant and some areas of disagreement were noted. A third way was then opened... To the great pleasure of ServiceNav!

"The simplicity and relative ease of deploying probes and setting them up is striking. »

"The graphical representation of supervisory elements and data through service weather is effective and visually appealing. »

The fact that there are a large number of probes already present in ServiceNav to monitor Citrix - ServiceNav is in the Citrix Ready marketplace - has been an asset and a considerable advantage over the other two solutions.

"We are now very surprised and satisfied with the rich catalogue of probes and services offered by ServiceNav. At the POC, apart from Citrix, which had made a big impression on us, we clearly hadn't taken the measure of it. »

Does the ServiceNav IT supervision solution meet the objectives of the Lot Departmental Council?

"The objective of knowing at all times what works and what doesn't work, anticipating problems and solving them before they arise is achieved. The solution works very well. »

The 2020 objective is to reach 100% of recovery through the solution: deployment on the entire information system of the departmental council.

Have you gone beyond what you thought you were doing with the project?

For the time being, the use does not exceed the initial objective of CD 46. But in the long term, it will be interesting to share the state of the information system with the business services and/or users.

"As far as ISD communication is concerned, we are constantly progressing and improving. The use of ServiceNav will contribute to this with its service weather, which will allow us to support our copil/coding meetings with accurate and objective data. » 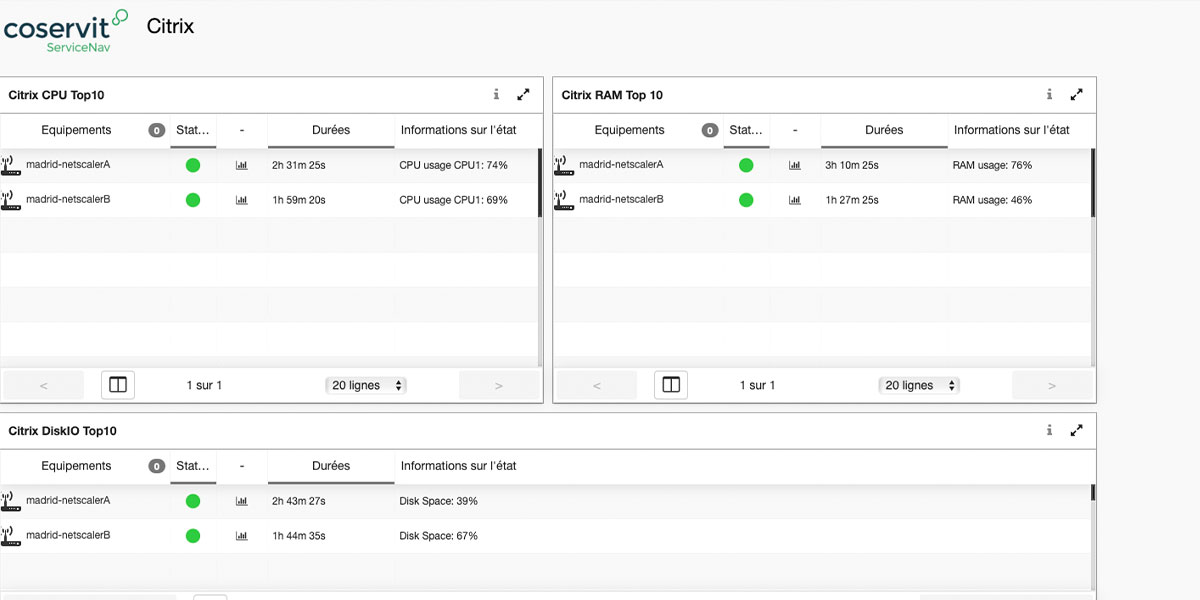 What about the accompaniment and support of the Coservit teams?

"The accompaniment is going very well. It allows us to better understand the solution and to constantly discover new functionalities that were previously unknown to us. »

"For example, the last time a ServiceNav consultant came by, we discovered the advantage of modifying and creating probes. It's very interesting because being able to build customised probes to finely supervise critical applications already allows us, after just a few weeks of use, to gain visibility and transparency on the IS. »

"We recommend ServiceNav with our eyes closed! »

On the side of Coservit - ServiceNav, we are very proud to work with CD 46. Improving the efficiency of an organization carrying out social missions is an opportunity. Moreover, the sympathy of the members who work there motivates us to repeat the experience in the future.

“
ServiceNav anticipated a disk space that was filling up too quickly. Thanks to the data collected by the platform, the information came directly to us: 95,96% of memory was full and we were heading straight for the production incident .
”

Set up notifications to Microsoft Teams