Creating a service template from the generic check_snmp_operation plugin

Let's take the example of putting an Exagrid appliance under supervision.
After analyzing the MIB, the disk space used is obtained by performing operations between values from different OIDs.

This documentation is based on the ExaGrid case and can be used for any other checkpoint.

Steps to follow when placing a client under supervision

According to the MIB of the equipment, there are two storage spaces. The values are expressed in MB. We will deal with the first space.
In addition to the percentage used, we want the space used in GB.

Enter the name of the service model.
The categories will be useful for the generation of reports. Here we supervise a disk space.
Thanks to this generic plugin we could monitor RAM, CPU, flow, temperature, etc...

We need to perform 2 operations (one for the percentage and one for the value in GB) between values returned by OIDs but also with integers. 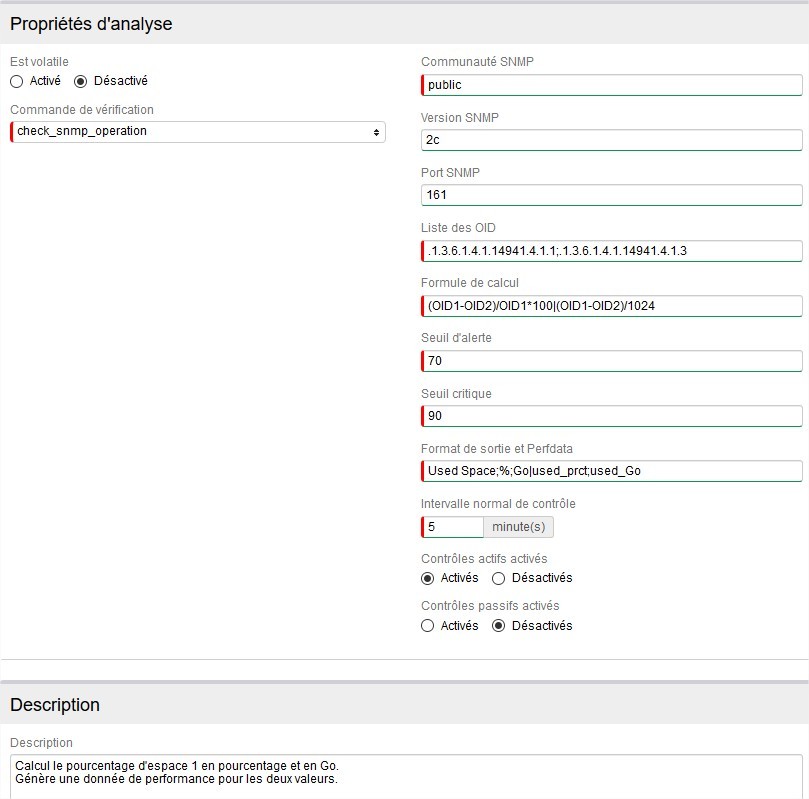 Once the service model is created, it can be used in a checkpoint:

The 2 performance data are visible in the metrics:

Its customization, (display of raw values or up to 2 calculations, text output, units, creation or not of graphs, names of performance data) makes it a tool adaptable to any type of control.

This makes it very easy to create service models to supervise new equipment.