Your network architecture is the backbone of your infrastructure, allowing data to be routed and internal and external users to access services.

Network monitoring is essential to ensure that there are no problems accessing services and that no failures occur. A network analysis tool assists you in optimizing your network infrastructure and increasing the efficiency of your network by identifying bandwidth and resource usage.

ServiceNav provides tools that allow you to monitor your network at two points:

A technical failure of the network can be fatal and block or degrade access to services.

The following service models allow the feedback of technical indicators linked to an interface: 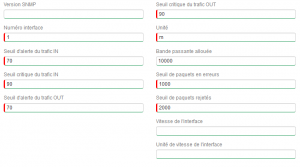 After instantiation, the service will return a status and information on the interface as well as graphical metrics for each of the indicators.

The service weather is configured after setting up the network devices and interconnection interfaces. Below is an example of service weather from a network architecture based on the three-layer hierarchical model. 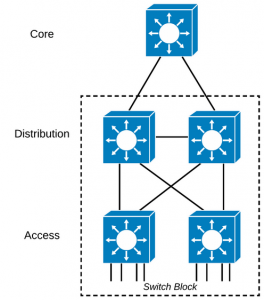 The proposed weather system uses this hierarchical architecture by supervising the redundant interconnection interfaces at all levels: 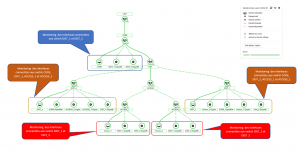 The advantage of such a model is to be able to identify which equipment and network interfaces are at the origin of a degradation or a failure of the network. The picture below illustrates a network degradation due to a general problem at the DIST_2 distribution switch. 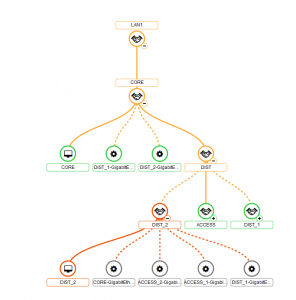 Configuration of a cartographic dashboard with the elements of the service weather forecast associated with a list of status and indicators on the interfaces:

ServiceNav provides a detailed view of your network traffic to identify the users, applications and protocols that consume bandwidth. This visibility then allows you to configure bandwidth usage policies, optimize your return on ISP costs, and ensure adequate bandwidth for your mission-critical applications and services.

Depending on the technology, use the service models NetFlow or sFlow and set up dashboards to monitor your bandwidth usage. 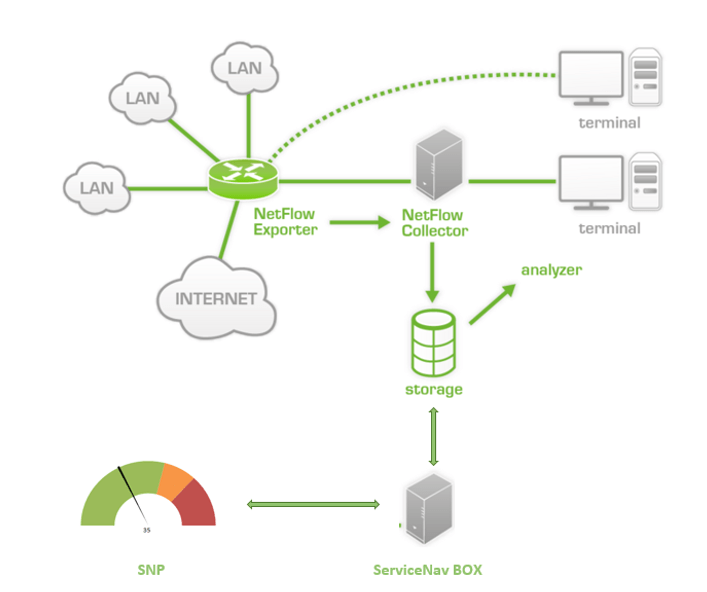