Virtual Desktop Infrastructure (VDI) is a system that allows a user to connect from any computer to a remote virtual session within their organization.

Initially, VDIs are designed to provide access to computer systems from anywhere. Typically, VDI users can access their desktop interface remotely. This access can even be done from a mobile device, as the entire process of running the interface is handled by the central server.

What uses in companies?

With a VPN or VDI, your employees can use company resources without being physically present on the premises. Users on the road, in remote offices or telecommuting have secure access to their personal space, applications and collective resources needed to perform their tasks. Different sites can interconnect (site-to-site VPN), and employees on the move or telecommuting have the ideal conditions to function as if they were present on the premises.

What can ServiceNav do for you?

Traditional VPN monitoring uses ICMP echo requests (or pings) from the ServiceNavBox to determine if a VPN tunnel is in place. When VPN monitoring is enabled, the security device sends pings through the VPN tunnel to the peer gateway or to a specified destination at the other end of the tunnel. Pings are sent at 1-second intervals up to 10 consecutive times by default. If no response is received after 10 consecutive pings, the VPN is considered to be down

To go further, specific controls (SNMP requests, API, WMI) can be performed on network and system security equipment as well as on applications, to determine the load used, the number of connected users, their bandwidth usage (cf. Netflow and TopLists)

The monitoring of the VDI will be done specifically on the virtual infrastructure (servers and equipment) in force in the company (in general : Citrix, Microsoft, Oracle, VmWare)

This set of controls can be mapped to be integrated into a service weather as well as in a Dashboard of type Dataviz. This monitoring can also be linked to a broader dashboard view of your network infrastructure.

Below is an example of a dashboard that allows technical and functional staff to view the load of users using their remote connection infrastructure, in real time.

Our team is at your disposal: contact us for a demo.

Server monitoring at the heart of your business

Along with storage technologies and network elements (switches, routers), servers are the foundation of the

Supervision as a tool to enhance IT services

The myth of the expensive bearded man We're not talking about Santa Claus here, even though it's in season, 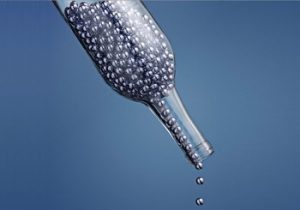 The importance of a good network flow supervision Whatever the size and topology (single site, multi-site) of your system